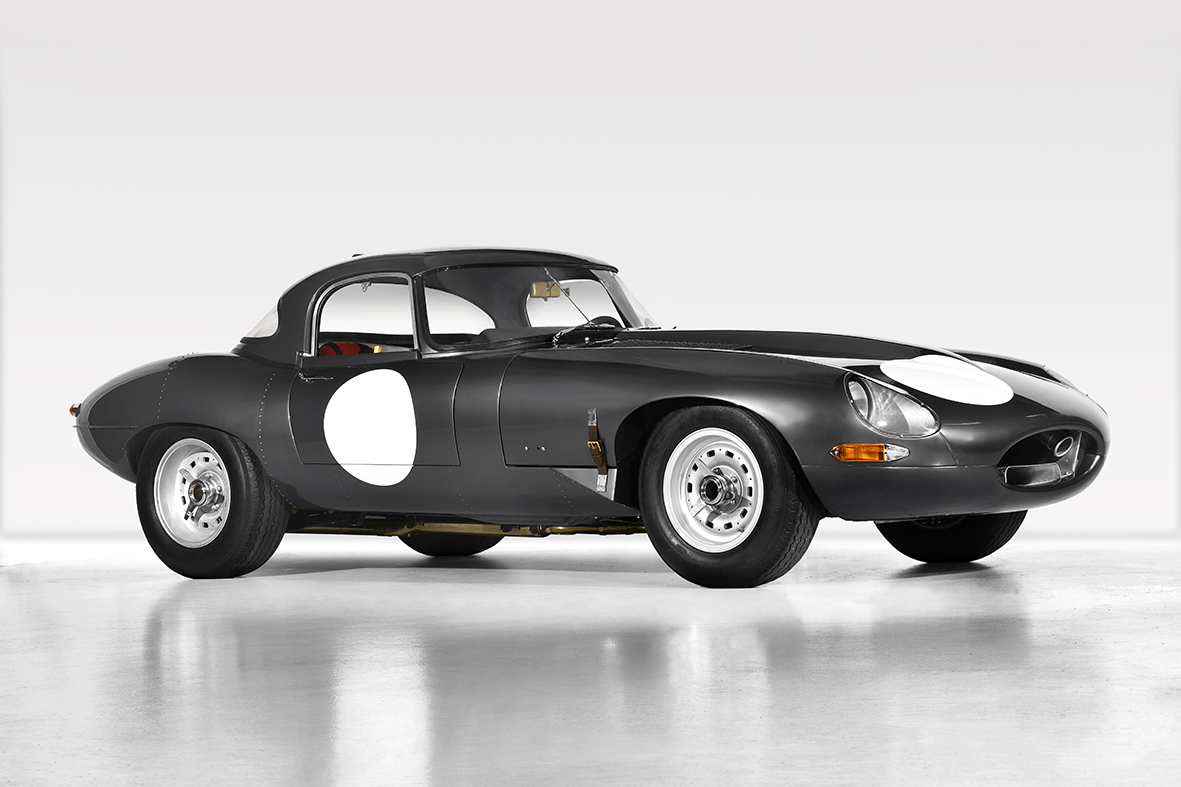 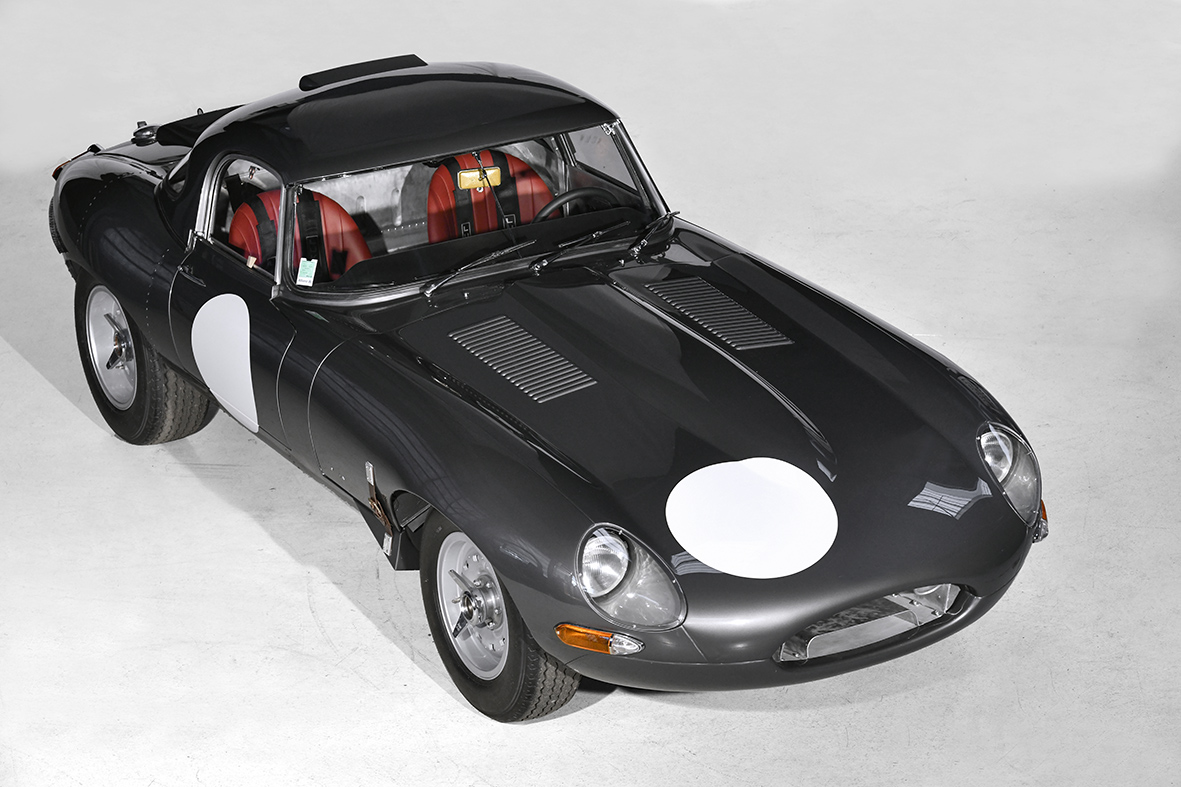 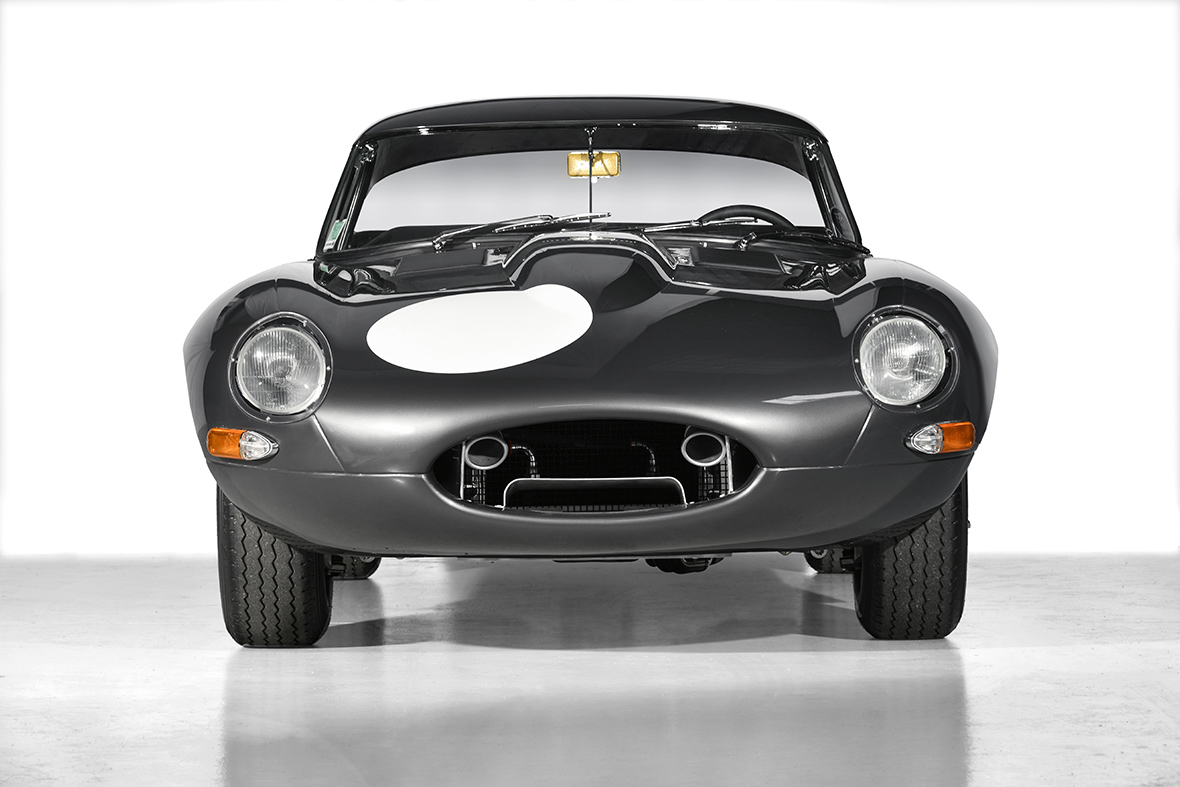 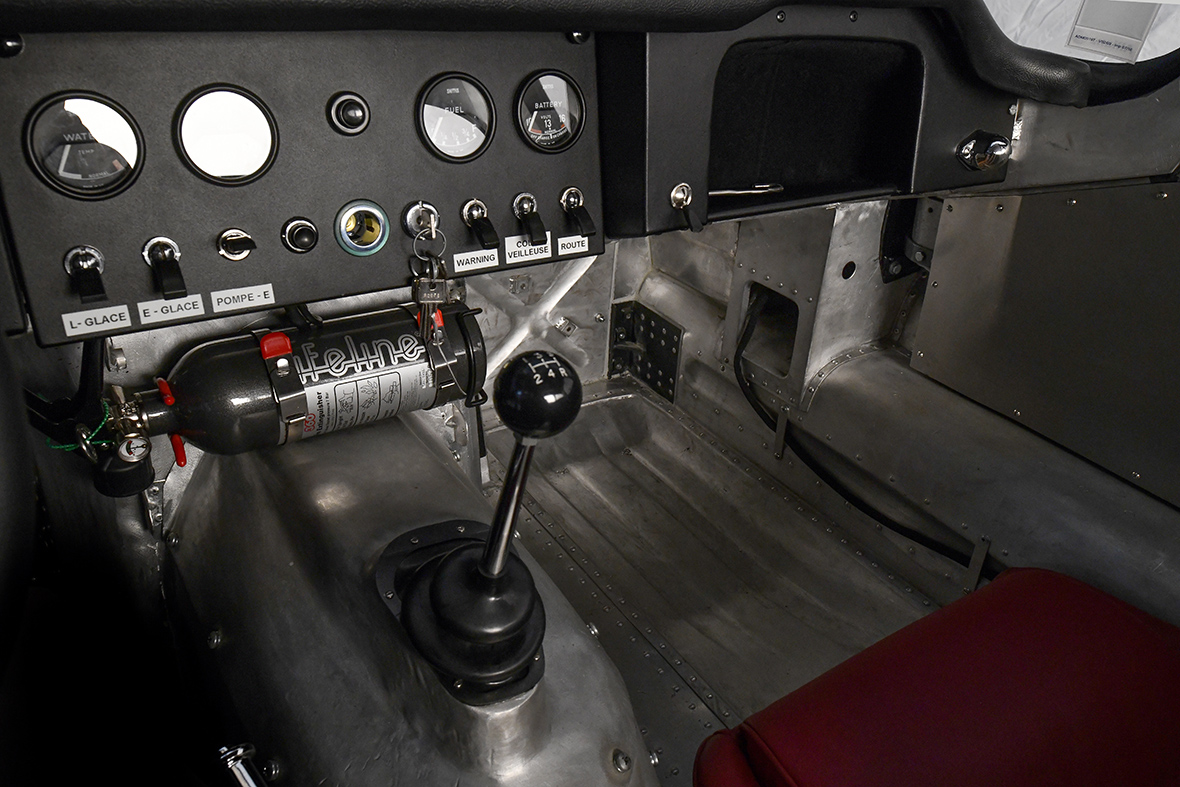 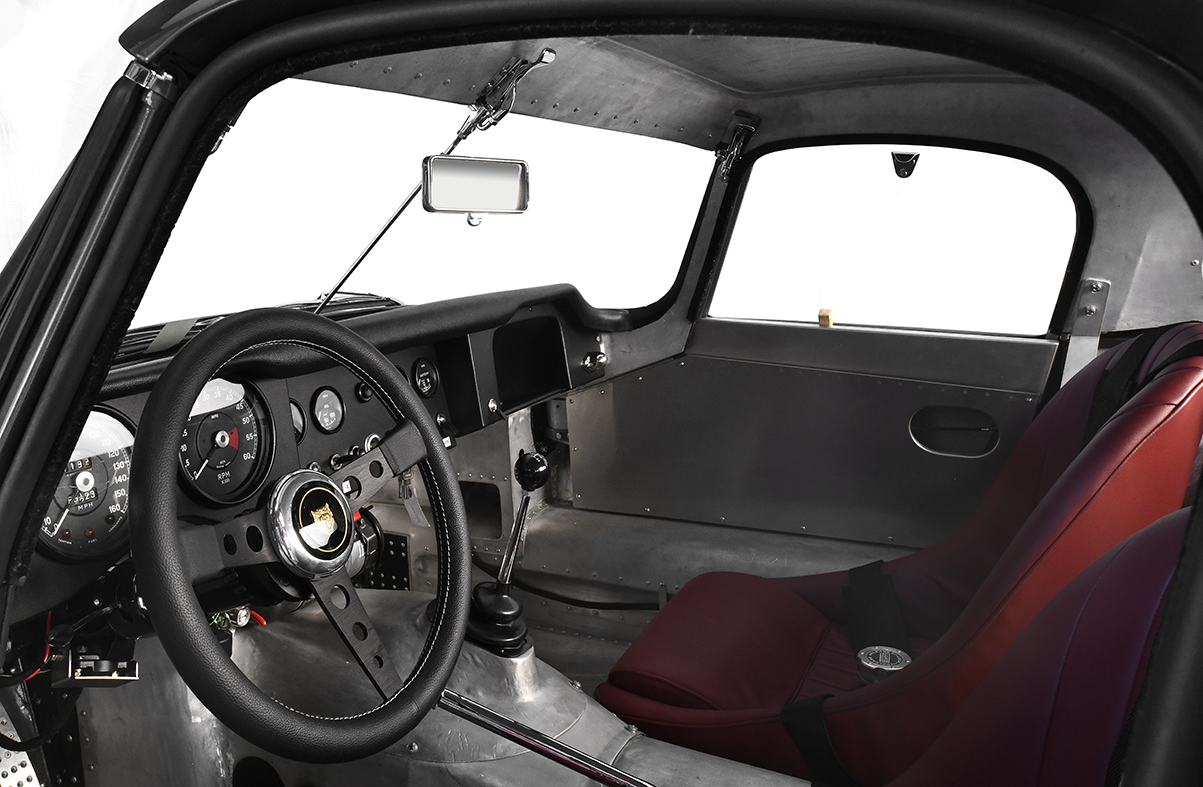 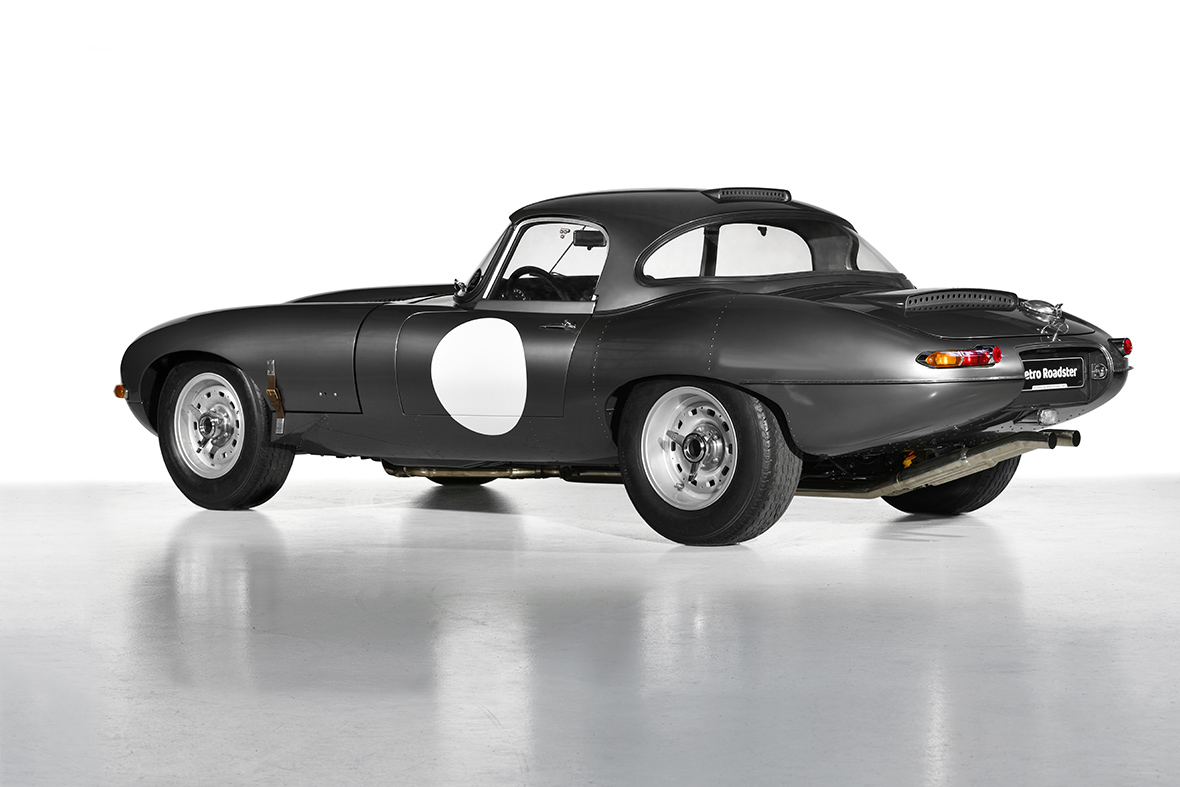 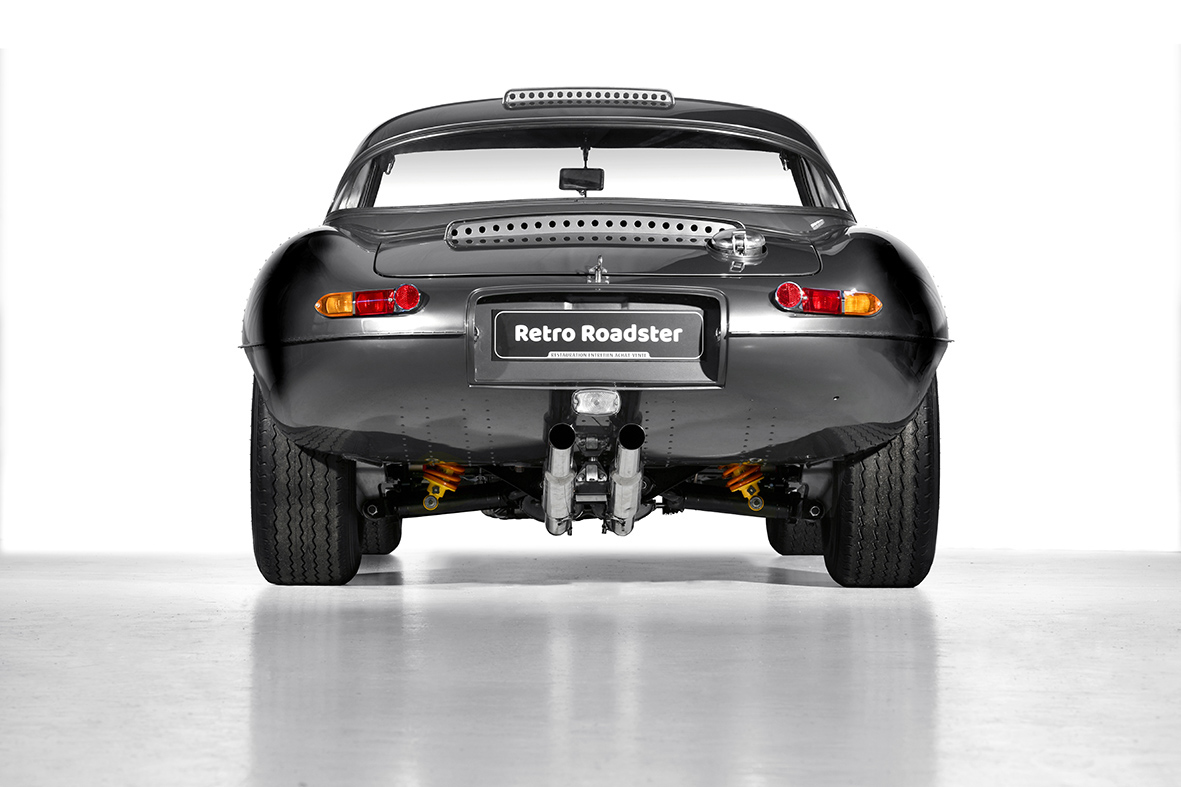 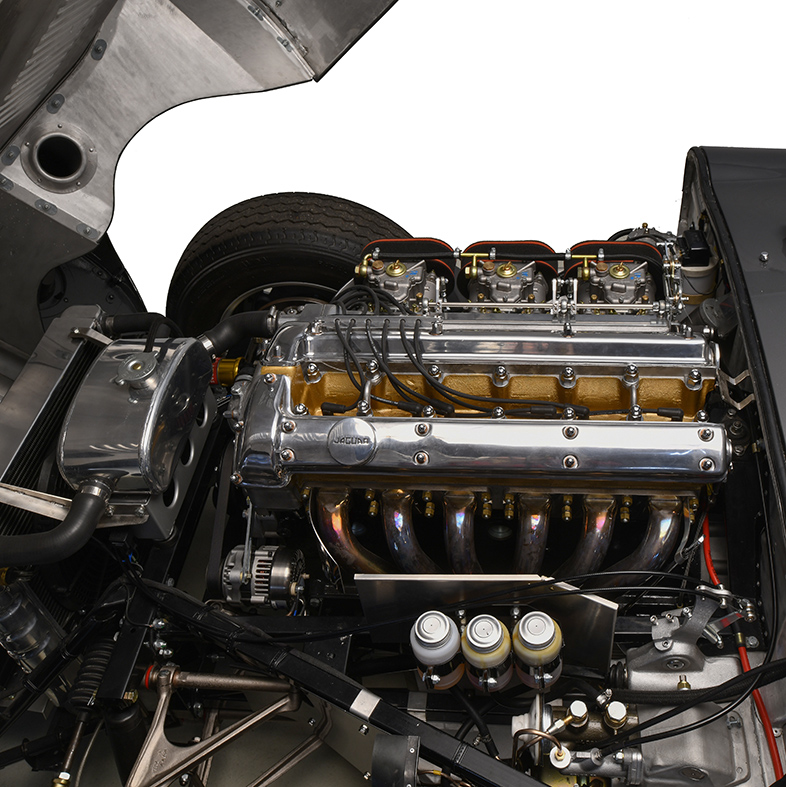 The car was first displayed to the press on 15 March 1961 at the Geneva Auto Show to huge excitement and in a theatrical fashion typical of Sir William Lyons. Thus the E-Type was born.

But the roots of the E-Type go farther back than this legendary press introduction: It’s clear to see the D-Type Le Mans race car influence on the E-Type’s bodylines, while the 3.8-litre straight-six engine was sourced from the XK150 S.

It also featured much more modern specifications such as independent rear suspension and all-round disk brakes that put it ahead of its time. The 3.8 liter engine gave out a claimed 265bhp and could reach a top speed of 150mph, which made it the fastest production car in the world at that time.

The model on sale is an alloy-bodied Lightweight recreation: a roadster with an aluminium hardtop, build on the basis of a 1970 model.

The car boasts a 5 speed gearbox with a new clutch and electric power steering. Braking is improved and the polyurethane equipped suspension, torsion bars as well as adjustable shocks are all brand new. The differential is rebuild and the prop shaft is new. All the hydraulic and electrical components are also new. A high-capacity fuel tank completes the bodywork and the quick-fill cap recalls the illustrious race heritage of the E-type.

The interior is a hommage to the racing version, equipped with alloy bucket seats trimmed in red leather. Four-point seat belts for both driver and passenger complete the interior, while Dunlop alloy wheels with new AVON tyres assure the car stays glued to the road.. The bodywork is finished in the Jaguar Gunmetal color protected by the hand-polished clear coat. Racing white roundels properly painted under the clear varnish give the car the proper look.

While not built to a competition specification, it is the perfect car for continent touring and gentleman-driver events. 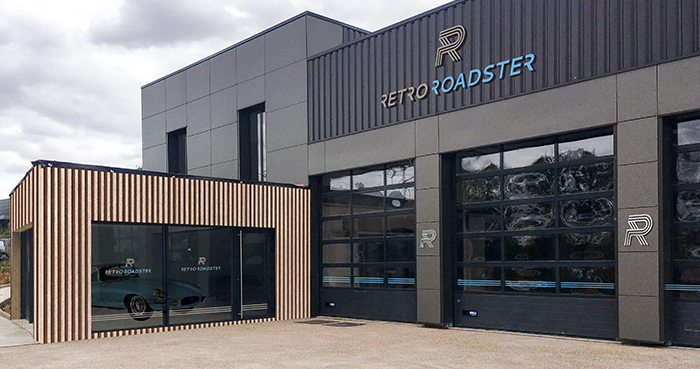